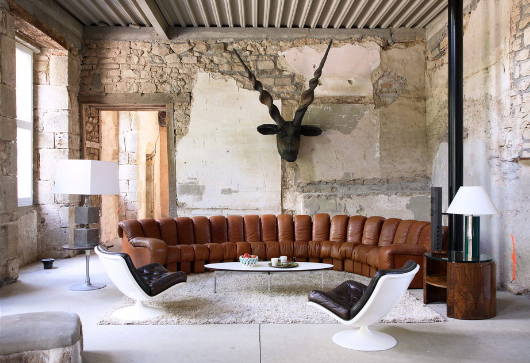 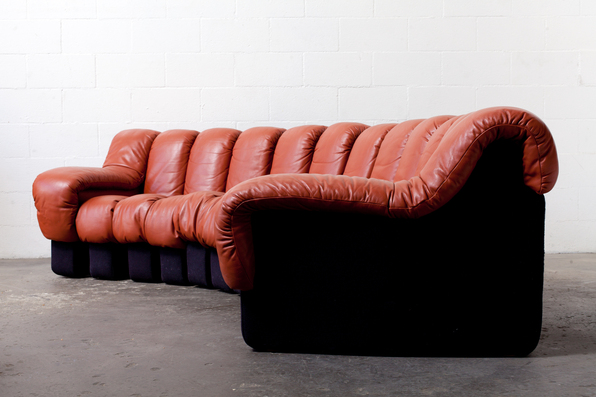 The De Sede DS600 Sofa for Ueli Berger
(photo credit to DesignCrisis Blog and Amsterdam Modern and My House ;) )

The rare DS600 non stop sofa by the Swiss company, De Sede, is totally cool. It has an entirely multifunctional range, able to change from a two-seater lounge chair into a twenty-seater sofa. Composed of individual upholstered pieces that zipper together, the sofa can be configured endlessly. From the s-curve arrangement to an arc (above) or a straight line, this couch is extremely versatile and absolutely stunning! However it’s beauty is unrivaled to it’s comfort as the couch’s both supportive and down upholstery give this shifting sofa a sense of extreme luxury. Mmmmmm. 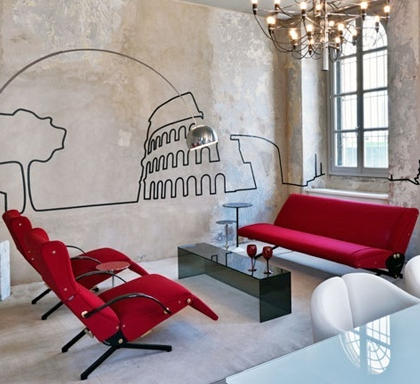 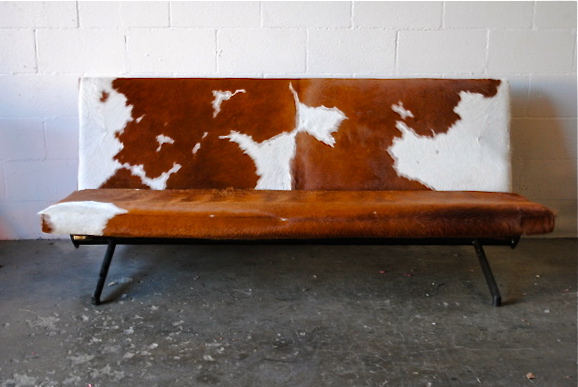 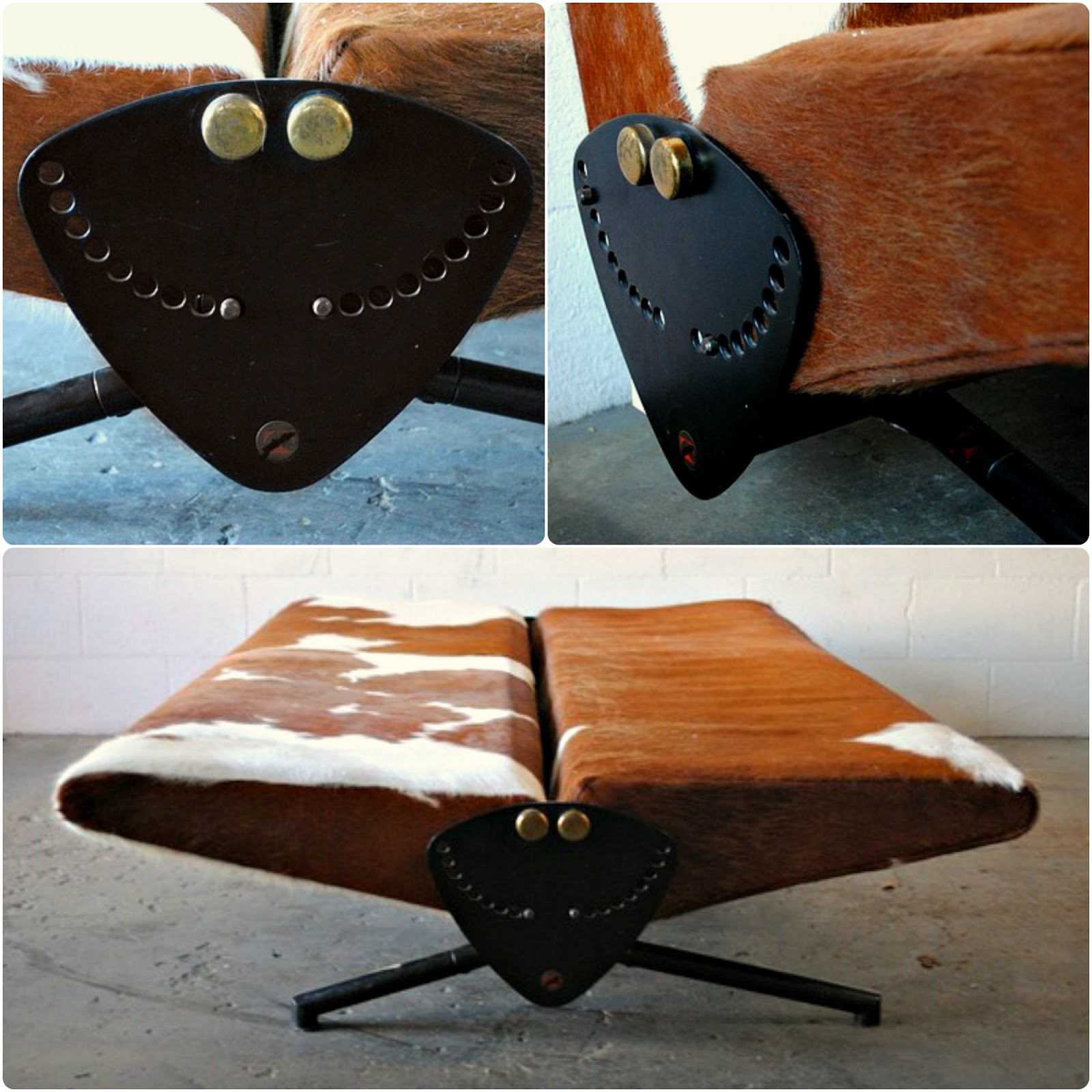 Osvaldo Borsani, an Italian architect and designer, emerged in the 1940’s and early 1950’s producing a large body of work. Famous to his repertoire was the establishment of a firm called Tecno, which as its name implies became well known for its technology and research-based approach to furniture design. In 1955, Tecno issued one of its most famed compositions, the D70 sofa. WOW. Shown above, the D70 was constructed as a highly versatile piece. It’s intelligent steel mechanism was designed to enable the adjustment of the seat and back allowing it to completely transform it's function. For sitting on, lounging on, napping on, or drooling over, this amazing sofa is SOFABULOUS. 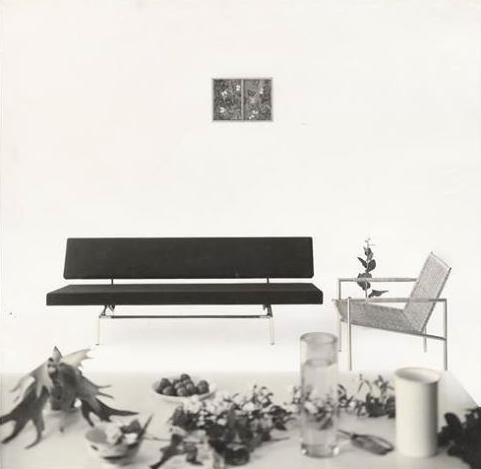 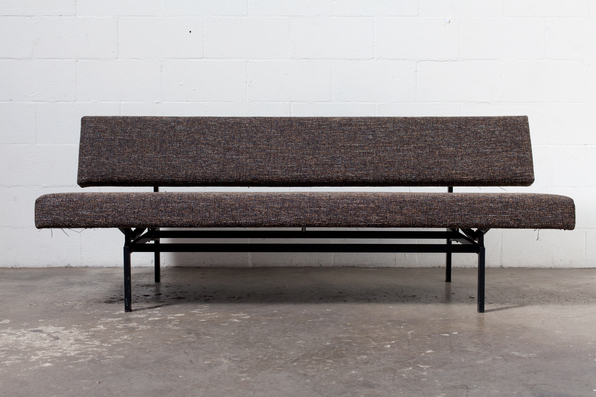 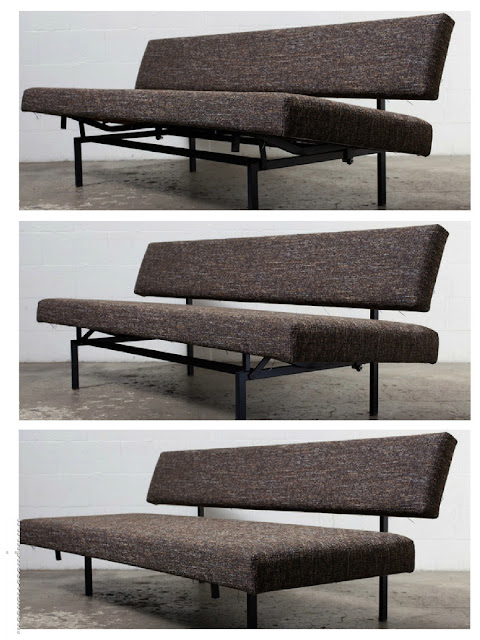 Martin Visser was well known for his progressive designs of functional yet simple pieces of work. For many, he is famous for his design of this simple adjustable bed. In 1950, Martin Visser designed this classic sofa, known as the "Slaapbank”. This cool sofa-sleeper he designed for Spectrum was named one of the best Dutch designs of the 20th Century. Whaddya think about that? 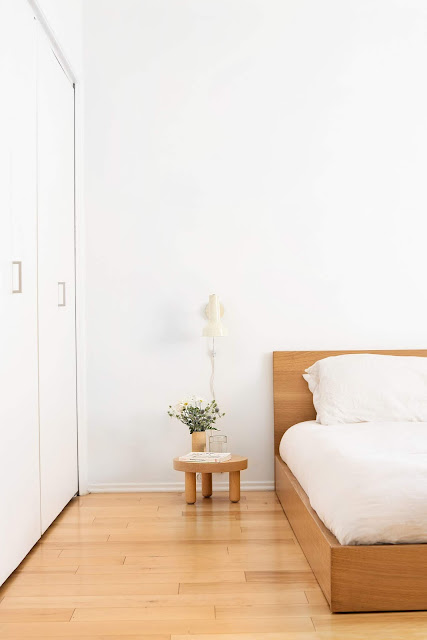